Have your say on proposals to update the Malvern Hills Acts

A public consultation to gather views on proposals to update the Malvern Hills Acts opens next week.

The Malvern Hills Trust, the charity that looks after the Hills and commons and is governed by the Malvern Hills Acts, is putting forward proposals to help it care for this iconic landscape in the 21st Century.

In the 135 years since the Trust was established by an Act of Parliament in 1884, many things have changed. These changes include the introduction of four subsequent Acts, an increase in the amount of land under the care of the Trust, the registration of the organisation as a charity in 1984, and a transformation of the environment in which the Trust now operates.

Why are the changes needed?

For many years, the organisation has struggled with the limitations of the existing Acts, including poor opportunities for fundraising and insufficient options for the practical management of the Commons.

A detailed review of the Acts has identified ways in which they can be modernised, both to reflect current best practices in governance and to enable the Trust to manage the landscape more effectively.

The Trust want to gather the views of members of the public on the proposed changes to the Acts and will be holding a public consultation from 2nd September to 13th October.

“For example, the invention of the motor vehicle, the decline in the traditional practice of local people grazing their animals on the commons, and population growth were not anticipated when we were first established. We now need to update our Acts to allow us to improve the way we care for this landscape, both now and in the future.”

The Trust has been looking at options to update its constitution for many years and now has the opportunity to do so through a scheme in agreement with the Charity Commission.

What changes are being proposed?

Mr Bridges added “The essence of the charity will not change.  The Hills and Commons will still be open for the public to enjoy and there will be no changes to the Commoners’ rights, who pays the levy and who elects board members.”

The changes we are proposing are all about making the Acts easier to understand, and giving the Trust the powers it needs when it comes to land management and fundraising.

In addition, the arrangements for appointing board members are 95 years old and they do not comply with current best practice for the appointment of charity trustees.  We think the changes we are suggesting for the appointment of trustees are much fairer to the electorate as a whole, and the outcomes will be a more effective and appropriately skilled governing body.

How you can have your say

The full proposals will be available here from the 2nd September www.malvernhills.org.uk and those wanting to submit their comments should complete the online questionnaire.  The consultation closes at midnight on 13th October.

To help answer any questions on the proposals, the Trust are holding a series of drop-in events around the Malvern Hills area, details of which can be found here from the 2nd September.

For those unable to access the internet, paper copies of the consultation document and questionnaire can be provided by calling the Trust office on 01684 892002.  Paper copies must be submitted by 11th October 2019. 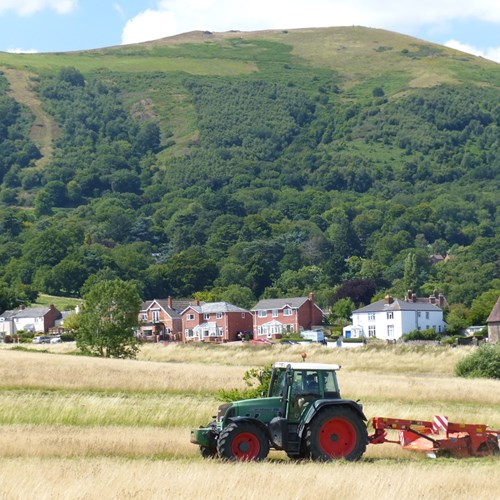