In partnership with the Malvern Hills Area of Outstanding Natural Beauty (AONB) and Herefordshire Wildlife Trust, seed was collected from the species-rich meadows of Malvern Common and Woodford’s Meadow. This seed will be distributed across three different sites to increase the variety and abundance of wild flowers and grasses.

Beck Baker, Community and Conservation Officer said “Plantlife UK reports that 97% of meadows have been lost in the UK since the 1930’s and here at the Trust we’re delighted that seeds sourced from meadows under our care will be helping to restore this increasingly rare habitat.”.

As well as colourful flowers including yellow rattle, common spotted orchid and knapweed, meadows also support a huge range of native wildlife including a diversity of butterflies and bees.

Beck added “Over the years we have been caring for these meadows we have seen an increase in diversity and the orchid displays are incredibly special. We are extremely pleased to see that we’ve been doing the right thing to conserve our meadows which now means that they can provide a seed source for restoring other meadows in the local area.”

Paul Esrich, Manager of the Malvern Hills AONB Partnership said, “This project showcases the strength of partnership working in the AONB, harnessing skills, equipment, seed sources and land from a variety of partners.  This sort of initiative will be key to our nature recovery work in the AONB over the years to come.”

Meadows are cut once towards the end of summer to allow the flowers to set seed ready for the next year. The hay is collected and taken by a local farmer to feed their livestock or turned into soil conditioner that’s available to local people and allotments.

Watch a video of the hay meadow restoration process. 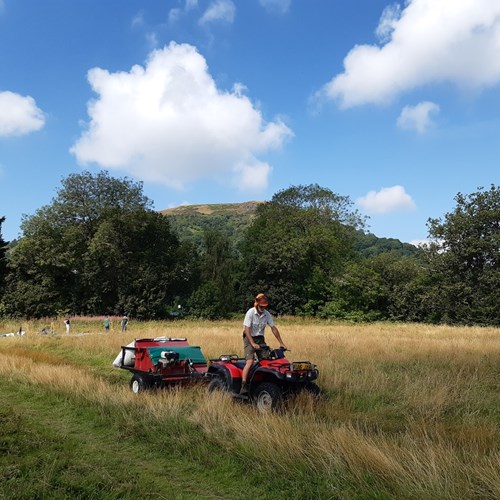 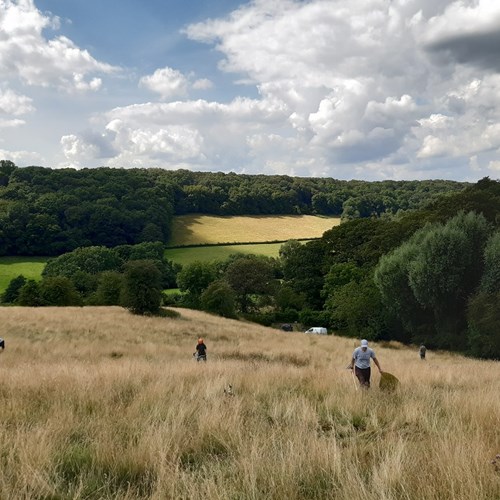