Following a recent dog attack on livestock on the Malvern Hills West Mercia Police have issued the below statement:

"A community resolution has been issued following an attack on a sheep on Common Land, adjacent to Jubilee Drive, Colwall, Herefordshire.

At around 11:30am on Saturday 31 July 2021, a Border Terrier type dog attacked a Ewe.  The sheep suffered multiple injuries and sadly had to be put to sleep as a result.

A local dog walker was interviewed by officers and has been issued with a community resolution due to the dog being dangerously out of control in a public place.

The owner has been ordered to pay £240 to the local farmer in compensation and must have the dog muzzled and on a lead at all times on common land.

Livestock worrying is illegal and we would like to remind dog owners to ensure that their dog is kept under control at all times where livestock are present.

West Mercia Police and the Malvern Hills Trust take issues such as this very seriously and we would urge anyone with concerns to get in touch with us." 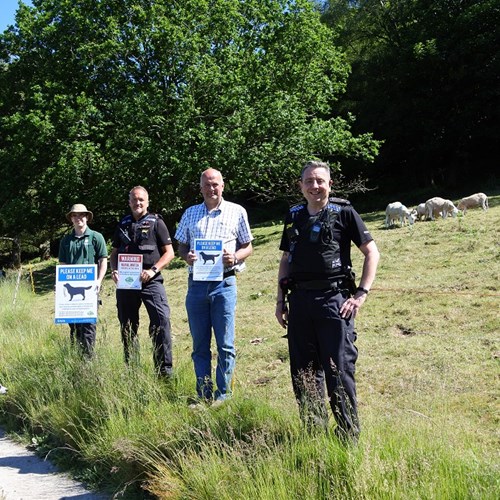